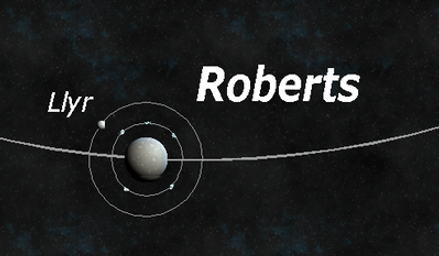 Roberts is a late-sequence M-type pre-Red Giant located a parsec rimward of Whistler, it is one of the oldest stars in The Reach, estimated at over a hundred billion years.  Initial surveys in Wy53 found the system to be remarkable in its sparseness:  there are only two bodies orbiting the star and the rest of the space for several light-weeks is unnaturally empty.  There is very little free matter relative to most observed systems, and literally nothing detectable that can’t be ascribed to coronal ejection over Roberts‘ long life.  The first permanent colony was established on the planet with the same name in Wy260. 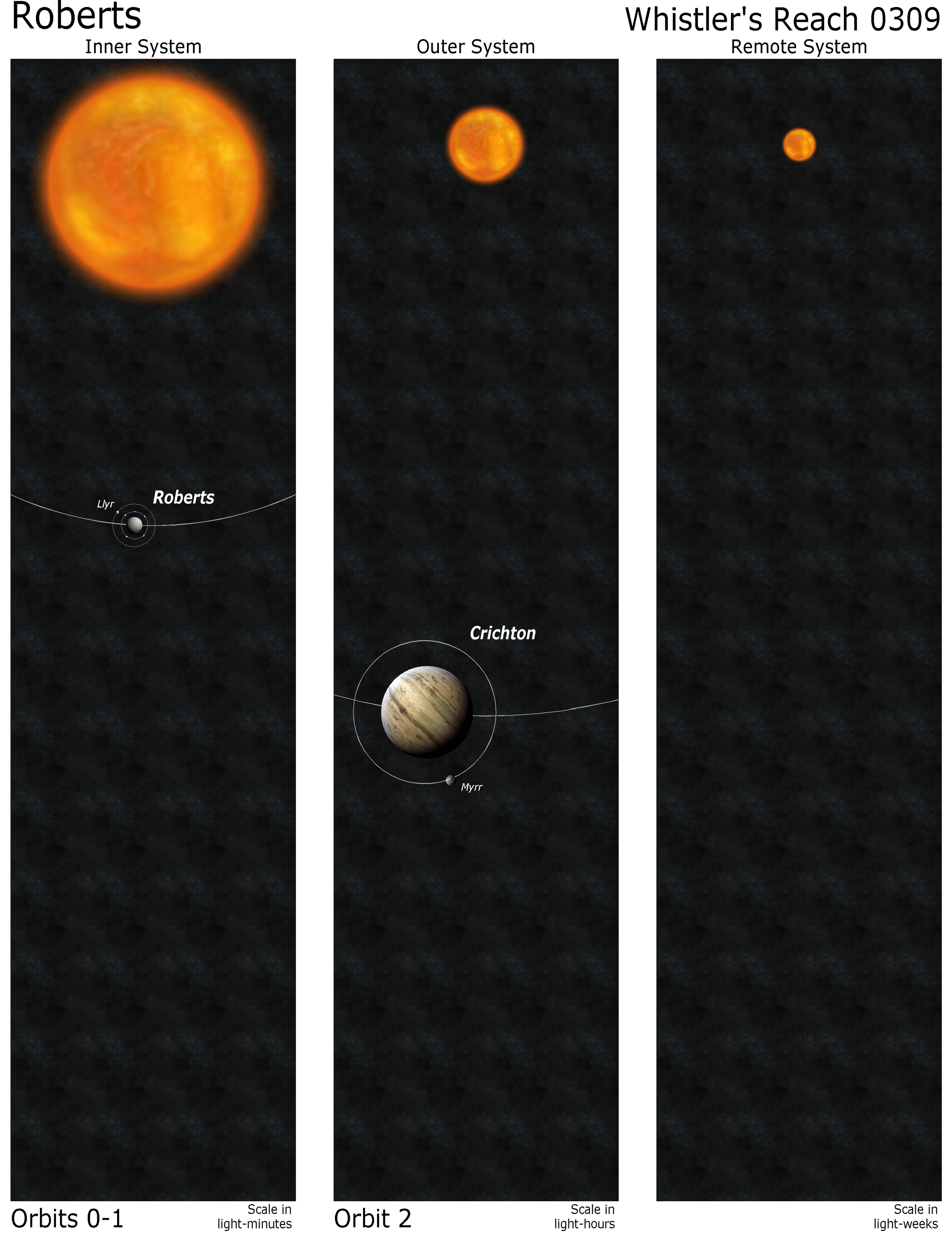 The planet Roberts is just as much a curiosity as the star of the same name.  The planet is .97G, rugged, barren, but very wet.  Violent storms crisscross the planet all the time.  There has never been any native life detected.  The water and breathable air come from the ring of pure water ice objects that surround the planet, as well as its moon Llyr, which seems to be similarly composed.  While there has never been any native life found on Roberts, the humans scattered in several cities in sheltered areas around the surface number over a billion.  The planet was originally colonized by adventurers and prospectors because the breathable air and comfortable pressure and gravity made it considerably safer and cheaper.  Since then, a number of industrial concerns have come to Roberts to mine its plentiful raw and semi-rare materials.  The invention of the M² drive has turned Roberts into a stopover for ships travelling between Whistler and Grove. 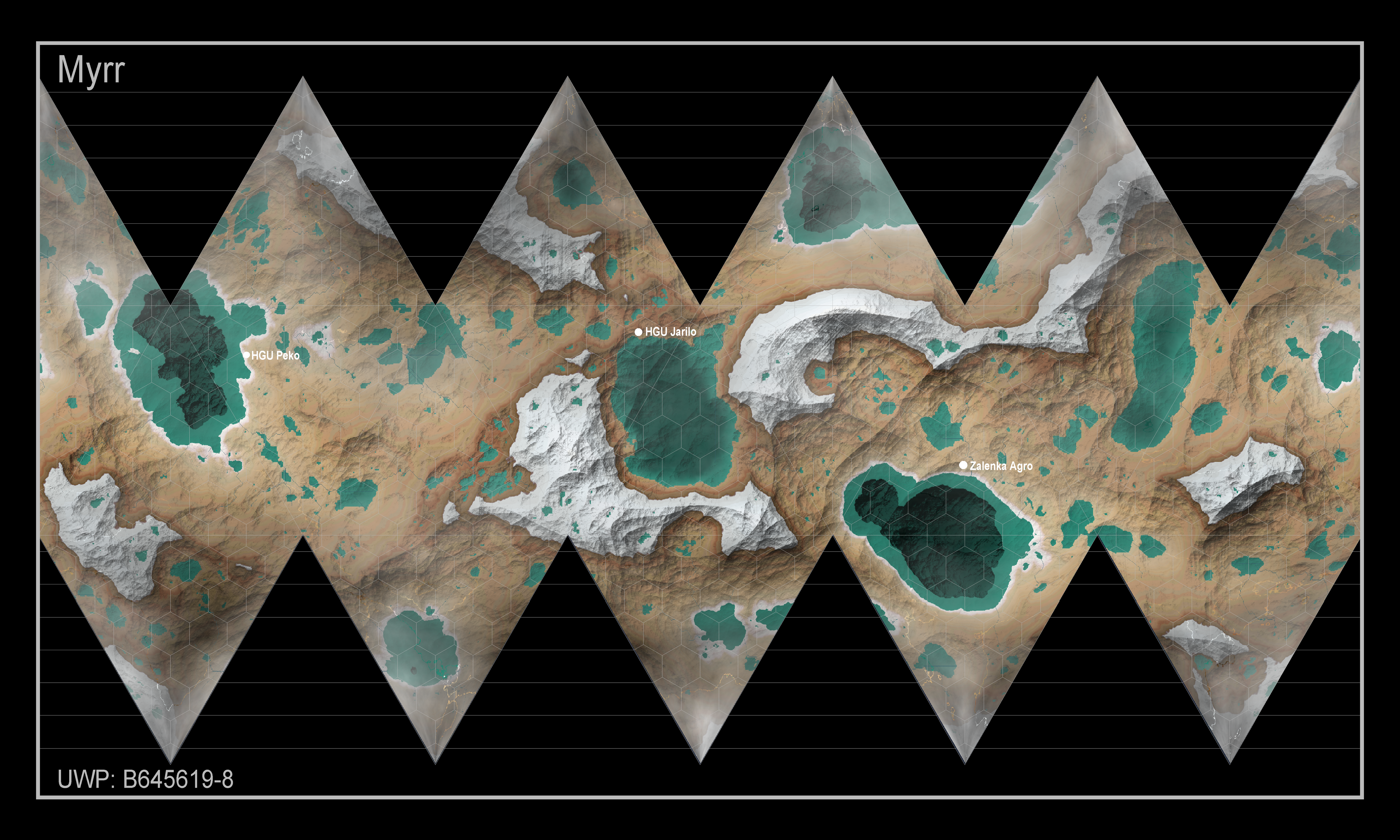 Warmed by the tidal forces created by the gas giant Crichton, the moon of Myrr is a swamp teeming with flora found nowhere else in the Reach.  The gravity and pressure of the planet are light, but tolerable to humans, however the atmospheric carbon dioxide levels make respirators a requirement.    The flora of Myrr’s prolific swamps and bogs capture carbon dioxide, but instead of releasing it like terrestrial plants, sequester it in oxygen-rich rivers that flow underground, where aerobic bacteria convert it back to CO2 and release it back into the environment.  Myrr is, essentially, a giant hydroponic garden.  HiGro-UTex has a substantial presence on the planet, with several domed cities surrounded by vast agricultural tracts.  Several other agricultural concerns and research bases dot the moon, mostly around the warmer equator.  Roughly a million humans call Myrr home.